Scrap My Car in Bristol

If you’re looking to scrap your car in Bristol, you’ve come to the right place!

Bristol. From a remote ancient fort to a bustling modern metropolis, this city in the south-west of England has made a name for itself. That name includes exploration, as it was ships from Bristol that carried some of the first Europeans to the New World. Trade also features heavily in Bristol’s history; the docks of Bristol have been busy since the 13th century.

Trade brought with it heavy industry, and Bristol housed factories which produced everything from cars to trams to airplanes. As those industries moved elsewhere, the city reinvented itself, doubling down on the intellectual draw of its two universities – the University of Bristol, and the University of the West of England. Focusing on creativity and ingenuity, the city has become a leader in the United Kingdom in science and technology.

That creativity isn’t limited to the sciences; Bristol today is a popular holiday spot, with a vibrant culture drawing people to its historic streets. Entertainment venues abound, from major sport clubs to popular night clubs, whatever a visitor may prefer.

Bristol also has a deep-rooted motoring history, exemplified most clearly by the Bristol Car Company. The predecessor to the current company began by manufacturing trams, and switched to airplane production during the world wars, peaking in World War II with 70,000 employees. Fearing a post-war slump, the company made plans to produce cars after the war, giving birth to the Bristol Car Company proper.

From the beginning, Bristol cars reflected the airplane manufacturing background of the company. They were nearly always sleek, stylish, and aerodynamic. The company continues to manufacture luxury cars today.

If you live in Bristol and are considering scrapping your car, let us know! Giveacar will be happy to collect your car free of charge, and donate all proceeds to the local charity of your choice. 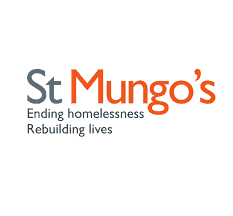 St. Mungo’s exists to fight homelessness, with over five decades of experience. Though the charity began in London and bears the name of a Glasgwegian saint, the charity has a large presence in Bristol. Projects include feeding and sheltering rough sleepers, as well as counseling and recovery services for rough sleepers with a history of alcohol or mental illness.

Dedicated to the memory of Ryan Bresnahan, this Bristol-based charity is devoted to understanding and treating meningitis, particularly in young adults. Reyan died suddenly of the disease in March 2010; since then, the entirely-voluntary charity has raised over 500,000 pounds to help fund treatments and research improved vaccines. 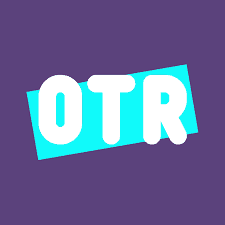 The mental health of young people is OTR’s major concern. The charity runs helplines and online resources as well as numerous “hubs” across Bristol and Gloucestershire, aimed at encouraging young people to seek help for a variety of mental illnesses.

The Christie Charitable Fund provides enhanced services over and above what the NHS funds. Gifts from the public make a huge difference to the care and treatment that The Christie is able to provide to our patients and their families. Whilst we have achieved a phenomenal amount thanks to the backing of our donors, this […]
Read more Donate your car to this charity
I was sad this summer to say goodbye to my late mother's jaunty ancient blue car. But as it went to its scrapyard in the sky it made me happy that its last journey would help, through the tiny local charity Faith In Water, six girls in Uganda to each have a pack of reusable sanitary pads, which will give them up to three years use and freedom from worry and access to education, as well as two pairs of underwear and laundry soap each. Just £66 but it will make a difference to six young people. Everything was so smoothly done - highly recommend. Thank you Giveacar.
Faith in Water Donor
FAQs Donate your carFind a charity to support