At Giveacar we’re not just about cars. We arrange the donation of all types of vehicles to charity. From mobile recording studios to campervans, we can turn your unwanted vehicle into much-needed funding for your favourite cause. This includes motorbikes, which despite their small stature can still raise a hefty sum for charity. 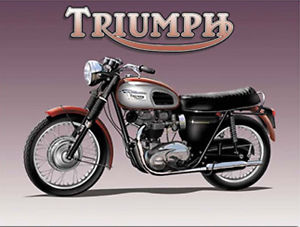 So if your bike has seen better days or perhaps you just don’t have the time to ride it anymore, Giveacar can offer you a simple, free, nationwide and ethical way of getting rid of it.

Just like with our cars, no matter what state your bike may be in it will be collected free of charge and at a time to suit you. Once you have arranged to donate your bike with us we will pass your details on to our auction partners in your area who will organise the collection with you. Motorbikes must be auctioned because their scrap value is so low. A donation will then be made to the charity of your choice. 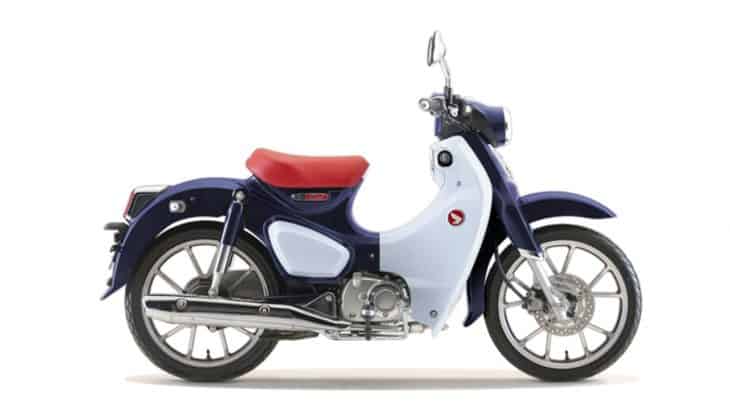 When donating a bike with Giveacar, you are not only helping to support your favourite charity, but you are also helping others to keep their beloved bikes on the road. As well as helping out fellow bike enthusiasts, this also has an environmental benefit. Because Giveacar only auctions motorbikes, we are keeping old bikes on the road therefore reducing the demand for new motorbikes, thus reducing the significant environmental damage caused by their production.

Motorbike donation is a relatively new initiative here at Giveacar, but it is something we are sure will raise a great deal of money for charity while helping us to fulfil our green objectives.

Need another reason to donate your old bike?

The Mayor of London and Transport for London have launched their Ultra-Low Emission Zone (ULEZ) in April 2019 as a means of improving air quality within central London. The area at present covers the same perimeter as the renowned congestion zone, however, the ULEZ will be expanded to cover inner London by October 2021, therefore forcing many people to have to think seriously about their vehicle’s emission levels. 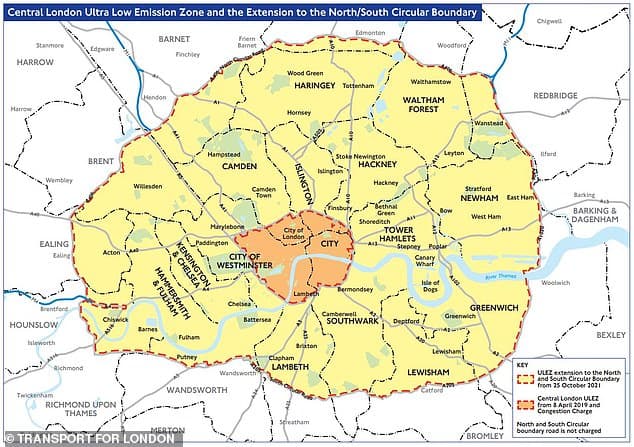 The ULEZ is enforced based on the declared emissions of the vehicle rather than the age – but generally speaking Euro 3 engines are those registered with the DVLA after July 2007.

Please follow this link to see if your motorbike meets the ULEZ emission standards: https://tfl.gov.uk/modes/driving/check-your-vehicle-35896

For more information on ULEZ, please have a read of our blog. 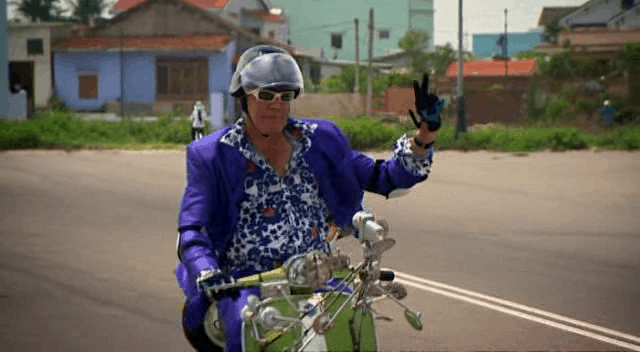 The infamous Mr Clarkson was once quoted on his tour of Vietnam “If my daughter buys a motorbike I will burn it, and if she replaces it, I’ll burn that one too”.

Although never one to shy away from a dig at the motorbikers, his intention to raise awareness of safety must be noted.

Although government reports indicate the number of serious injuries and fatalities has dropped dramatically over the years with thanks to improved road surfaces, protective clothing and legislation, motorbikers are still putting themselves at risk.

A RoSPA report found that 19,297 motorbikers were injured in reported road accidents in 2016. Of these, 319 were killed and 5,553 seriously injured. Though the number of incidents is comparably low with that of car users, a small accident on a motorbike can quickly change to something very serious.

So perhaps you might feel you’ve had enough of jumping out of your skin every time you go around a corner and would prefer to find a more relaxing means of getting from A-B. If so, rather than selling your motorbike, donate it with Giveacar.

With the government dedicating £840 million to improving the public transport networks of 10 major UK cities, it isn’t foolhardy to consider relying solely on public transport as a means of getting about.

The Transforming Cities Fund has already begun delivering improvements for people across England. Six Mayoral Combined Authorities have already received a share of £840 million to deliver schemes such as the Brierley Hill tram lines extension in the West Midlands and £160 million towards the Beeline Cycle Network in Greater Manchester. Set to be the largest network of its kind in the UK, the proposal for 1,000 miles of interlinked bike and pedestrian lanes will connect communities across its 10 boroughs and help make cycling and walking a safer option for people living in the region.

Over the next four years, the new allocation of funding will be used to improve transport links in city regions, linking travel to work areas, increasing access to jobs and helping ensure that businesses have the infrastructure they need to thrive.

This funding could go towards upgrades such as new bus routes between residential areas and major employment hubs, smart technology aimed at reducing congestion, or rolling out docking stations for e-bikes. 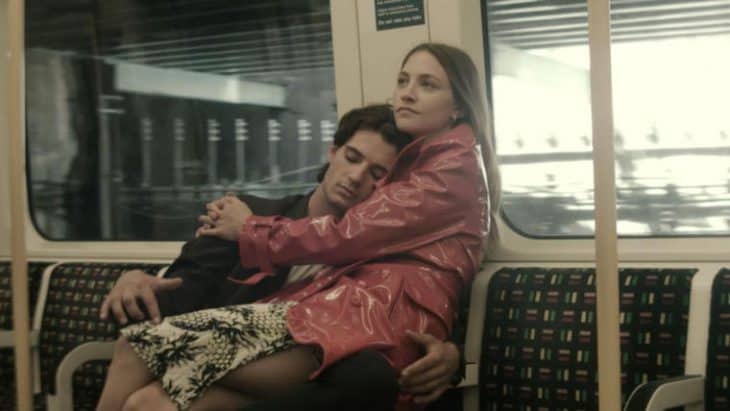 Using public transport takes the stress out of day-to-day life as you would no longer have to worry about taxing your motorbike or having it MOT’d. It would simply be a matter of turning up and hopping on!

Researchers from the University of East Anglia found that people who drove to work were 13 per cent more likely to feel ‘under constant strain or unable to concentrate.’

Their study of 18,000 workers, which was published in the journal Preventive Medicine, found that exercise taken en route to the actual commute – a walk to the bus stop or a stroll to the station – followed by the relaxation of travelling, helps people feel better.

Lead researcher Adam Martin said “But as buses and trains also give people time to relax, read, socialise and there is usually an associated walk to the bus stop or railway station, it appears to cheer people up.”

Motorbikes’ ground-level pollution is something that is overlooked by many. Although many people would assume cars score highly when it comes to their levels of pollution, where bikes score less favourably is in terms of ground-level pollution – and, therefore, direct impact on health – with their disproportionately higher emissions of hydrocarbons (HC), nitrogen oxides (NOx) and carbon monoxide (CO). This is worrying because bikes are increasingly being used by city commuters to beat – and limit – congestion.

The above chart depicts the impact motorbikes are having in comparison with cars that can take two or more passengers. Motorbikes score considerably higher on two of three of the parameters, and came second highest in Urban environments. This is striking given the public’s perception that motorbikes actually have a lesser environmental impact than their four-wheeled cousins.

Despite the figures noted above, you are still able to retract the impact you’ve had over the years by donating your bike to any of Giveacar’s environmental charities.

Consider donating to Trees for Cities who campaign for more green spaces within cities, thus improving wellbeing and emission standards at ground-level. Your old bike can help fund their amazing campaigns or perhaps go towards the planting of lots of trees within your local area. 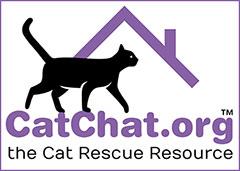 Cat Chat, the Cat Rescue Resource is a web-based UK charity, sourcing new, loving homes for over 10,000 rescued cats and kittens each year from shelters and rescue groups across the UK and Ireland.

Shooting Star Children’s Hospices is a leading children’s hospice charity caring for babies, children and young people with life-limiting conditions, and their families. Whether lives are measured in days, weeks, months or years, we are here to make every moment count. We support families from diagnosis to end of life and throughout bereavement with a range of nursing, practical, emotional and medical care.

CoppaFeel!’s mission is to teach every young person in the UK that knowing their boobs could save their life one day. With attention-grabbing campaigns bringing boob chat to the forefront of young people’s attention taking the message to festivals, universities, schools and workplaces across the country.With text reminders and our monthly newsletter, we’re a friendly reminder to check your boobs; often when you least expect it.