The Government launched the Car Scrappage Scheme in April 2009, in a bid to stimulate flagging sales in the car industry and encourage people to replace older cars with safer, more environmentally-friendly models.  It closely resembled schemes from Germany, France and Italy that had been set up with similar aims.

The scheme allowed owners of cars more than ten years old to claim a £2000 reduction in the price of a new car in return for scrapping their old vehicle.  It was funded as a joint initiative between the Government and vehicle manufacturers, with each paying a £1000 contribution to the price reduction.  In total, the Government provided around £400 million for the scheme and forty-one vehicle manufacturers signed up, ranging from Vauxhall to Bentley.  However, to qualify for the scheme, vehicles had to: weigh 3.5 tonnes or under; be registered in the UK on or before 29 February 2000; be taxed, tested and MOT’d when the new vehicle was ordered; and have been in the owner’s possession for at least 12 months.

Despite these restrictions, 35,000 cars were scrapped through the scheme in May 2009 alone.  It was regarded as a success by some since cars bought through it had average CO2 emissions of 133g/km (27 percent lower than the average CO2 of scrapped cars) and around a fifth of new car registrations since May 2009 came through the Scrappage Scheme.

Now in 2019, the Mayor of London and Transport for London introduced their Ultra-Low Emission Zone (ULEZ) which aims to reduce the levels of pollution within the city and therefore lower the number of vehicle emission related illnesses and deaths.

The ULEZ Scrappage Scheme offers up to £6,000 to charities and small businesses who regularly travel within the zone. This money is to be invested into a compatible vehicle that meets the stricter standards.

TFL stipulate that to join the ULEZ scheme charities and small businesses must take their old vehicle to an Authorised Treatment Facility and produce the vehicle’s Certificate of Destruction.

Thankfully Giveacar are perfectly situated to facilitate the solution as we only dispose of cars with our partnered Authorised Treatment Facilities, Cartakeback and Raw2k, and always produce the Certificate of Destruction upon request.

We’ll collect the vehicle free of charge and at a time of your choosing, and all for charity. Get in touch and we’ll be happy to help.

The pressure on manufacturers to produce vehicles that are competent as well as environmental is every growing and isn’t likely to be lightened in the future. It is therefore necessary to explore new technologies and processes that deliver on customer and environmental demands.

Over the past few decades, our cars have transformed into technological marvels, becoming safer, cooler, and more exciting to drive, while improving fuel efficiency and sustainability.

During this march of innovation, it may not have been so noticeable that the use of plastics has skyrocketed. Today’s cars are comprised of about 50% plastics by volume. (Look around the next time you’re in a car. Almost everything you can touch is made of plastic.) But because plastics are typically lighter than other materials, plastics comprise only 10% of today’s cars by weight.

Why is this important? Listen to Ford: “Few innovations provide a more wide-ranging performance and efficiency advantage than reducing weight. All factors of a vehicle’s capabilities—acceleration, handling, braking, safety, efficiency—can improve through the use of advanced, lighter materials.”

Those “advanced” materials—such as plastics and polymer composites, carbon fibre-reinforced plastics, 3-D printed plastic parts, even plastic parts made from carbon dioxide—are enabling remarkable improvements in safety, design, and performance and may usher in a whole new era in vehicle manufacturing and sustainability. 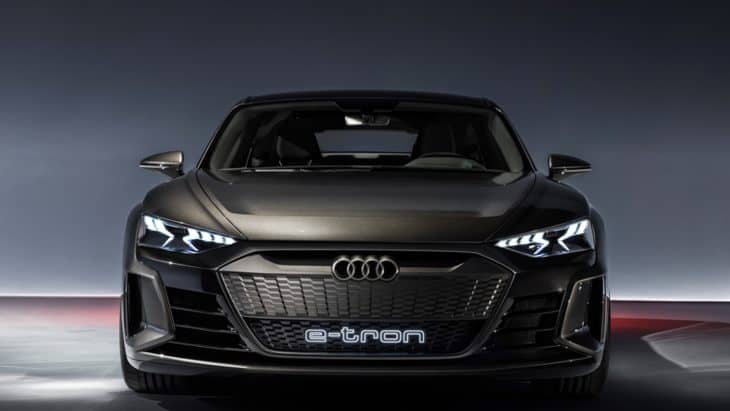 Cars such as Audi’s soon to be launched E-Tron GT is an example of how the industry is changing before our eyes. With its vegan-friendly interior, futuristic aesthetics and awesome performance, it supersedes anything manufactures were conceptualising ten or fifteen years ago.

Some car manufacturers foresee the potential to use 3D printing to create cars in widely distributed, smaller manufacturing facilities, using far fewer parts. And some point to a future of rapid customisation and personalisation of cars: going from unique design, computer modelling, to building (printing) in days, not years. This new manufacturing model may also lead to further improvements in sustainability.

While mainstream car makers already use 3D printing for rapid prototyping to help bring cars to market faster, the race is on to build 3D printed cars that meet both government safety standards and consumer performance expectations. 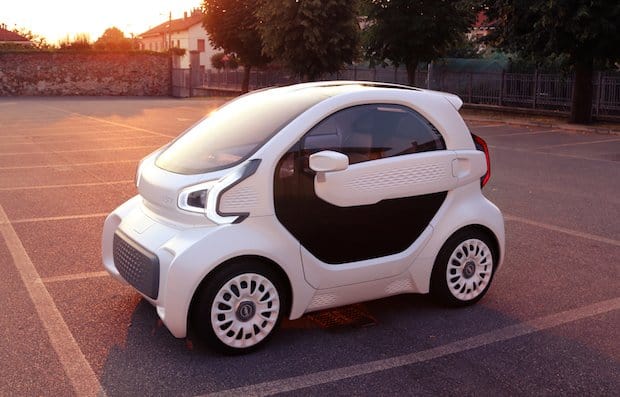 This government report highlights the eagerness but tendernous surrounding the topic of 3D printing cars in the UK. Although the UK Government is looking to acknowledge itself as a leading authority once again, it is also conscious of the public’s safety with regards to 3D printing cars.

The future seems bright for 3D printing on an industrial scale as it offers many benefits to consumers and the environment.

Car Parts Made Out of Thin Air

Ford has announced plans to make auto parts using plastics made in part from captured carbon dioxide waste streams. Ford says the CO2 will be used as a feedstock to make foam plastics for use in seat cushions, seat backs, floor mats, and other components such as side panelling and consoles.

Due to testing requirements and the time needed to scale up production, Ford researchers expect the new biomaterials will go into production vehicles within four years. The company plans to develop additional plastic materials using captured carbon to contribute to sustainability.

As the manufacturing of vehicles changes to accommodate for our environmental ambitions, so must the processes regarding your collection.

At present we still instruct donors to post their Notification of Sale/Transfer to the DVLA’s Swansea address, however this is likely to be defunct soon enough as the world evaporates to The Cloud.

Without adapting to the external influences we incur every day we will likely miss a trick and fail to offer the quality of service we are so very proud of. As Giveacar grows so must our way of thinking.

With changes in manufacturing becoming an inevitability, they will offer improvements in vehicle design, quality and reliability, however consumer demand always remains a constant with people wanting to display the latest trends themselves.

This presents Giveacar with a challenge; we’ll have to target and collect more auctionable vehicles as they will be of a higher quality than their rusting ancestors, and we will have to work with our recycling partners to investigate new means of environmental car disposal as the components of vehicles change.

It is likely the reasons for people wanting to get rid of an auctionable car will remain the same. We have cars donated because of MOT failures, they have been marked write-offs, bereavement cars and because a new car is now parked on the driveway. Whatever the reason, donate it to a charity of your choice with Giveacar.