There were a fair few frantic last-minute errands to be run before our departure on Tuesday night. Ensuring we had copies of all our visas and documents and obtaining an international driver permit which we had neglected up until this point.

The car was almost ready, but we had to add a few finishing touches such as our handmade roof rack and we were finally set. 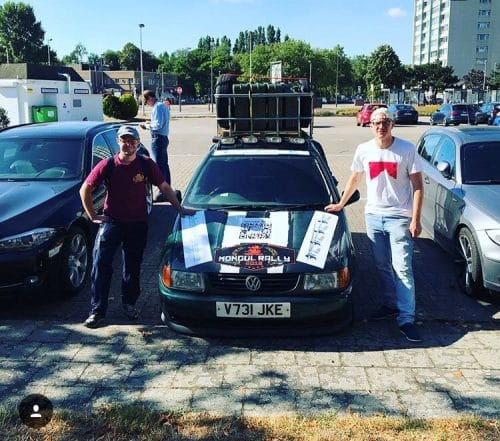 We caught the 3am ferry from Dover and drove during the night through France, Brussels and Amsterdam to Antwerp which led us to discover we had one broken headlight. The task of fixing it wasn’t on the to do list so we carried on.

Upon arrival we were welcomed by our generous host for our stay (thanks David). After a short recharge we toured the city to take in the sights. Our highlight was probably the train station as we both agreed that despite not previously having a favourite train station this was now it, a must visit if you’re ever there along with St Anna’s tunnel. 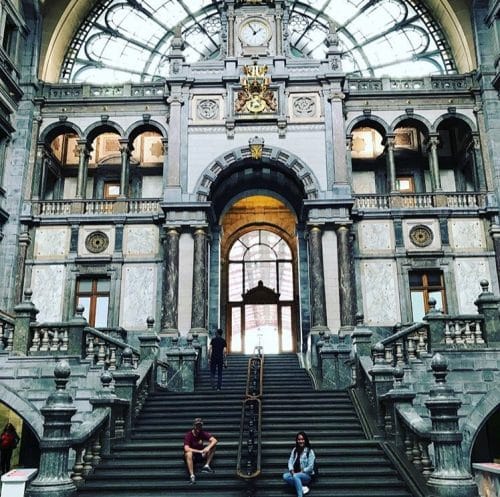 As the sun went down we indulged ourselves with a colourful selection of Belgian beers. The entertainment for the evening was a Luka Modrić masterclass (England V Croatia World Cup semi-final). After such a spectacle we certainly weren’t ready to go home and so the night continued with our new found Croatian friends.

Giveacar are proud sponsors of The Lamphey Lads. We have donated the VW Polo to them to use on their driving adventure across the world.

Giveacar is the UK’s first car donation scheme, we have won several awards and now support over 1,600 charities with the money raised from old cars. Using a nationwide network of breakers yards and salvage partners, we have handled the auction and disposal of over 35,000 vehicles so we know how to raise the best donation possible whether your car is in perfect condition or not. The Lamphey Lads are raising funds for Cool Earth and World at Play. If you need to get rid of an old car and would like to do some good at the same time, give us a call 0207 736 4242!