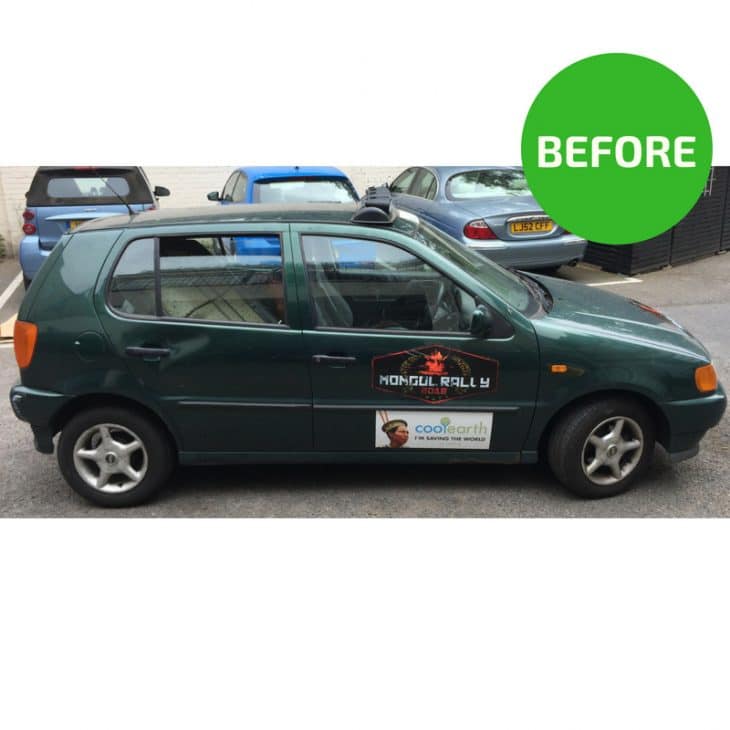 Preparations for our Mongol Rally are still under way and unfortunately they are not without a few bumps and hiccups. We have now sent our application for a visa for every country required on our route. However, due to perhaps some slight disorganisation on our part and the difficulty of some processes, especially Russia, we have had to pay extra for extradited processes for Russia and Mongolia, pushing our costs of the trip up a bit further, much to our dismay.

Apart from this, we have also had to arrange how we will get there. It was a few months ago now that we emailed Giveacar asking for a vehicle to take us on our adventure. A few weeks later we were kindly gifted with a 1999 green Volkswagen Polo and we haven’t looked back since. It runs, it’s beautiful and it’s a car, what more could we ask for?

We have now spent a good few days modifying our Mongol rally steed to make it turn heads. We began with removing the rear seats and windows before taking an angle grinder to the roof, with the aim of creating a pick-up truck look from the original Volkswagen Polo (see picture). We then endeavoured to make it as safe as possible by covering up sharp edges and welding the doors shut to help with the structure and rigidity. We have also cut pieces of wood to size which we have bolted to the car to act as a divider between the driving cabin and the rear as well as a lockable lid for the exposed rear. And to top it all off we’ve added some nifty racing stripes as the icing on the cake.

Giveacar is the UK’s first car donation scheme, we have won several awards and now support over 1,600 charities with the money raised from old cars. Using a nationwide network of breakers yards and salvage partners, we have handled the auction and disposal of over 35,000 vehicles so we know how to raise the best donation possible whether your car is in perfect condition or not. If you need to get rid of an old car and would like to do some good at the same time, give us a call! 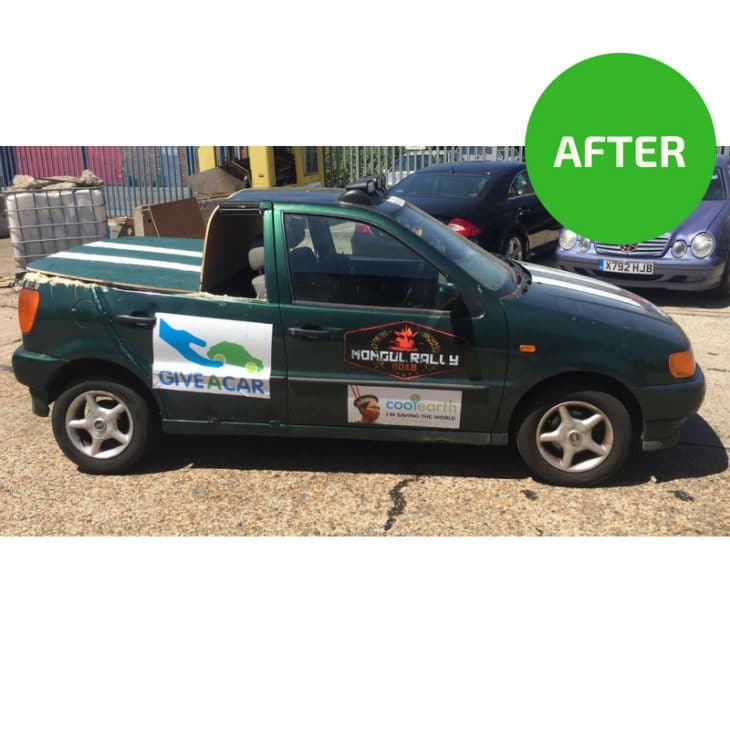