In the morning we saw our surroundings in the light for the first time and it was quite impressive. We cooked breakfast and then went on our way. Fortunately, the difficult terrain was much easier to manage in the daytime.

As we left we were able to see the environment we were in and the road signs around us which allowed us to conclude we had camped in some sort of military base. This perhaps explained the siren sounds the previous night. We drove on wards until we reached Istanbul. 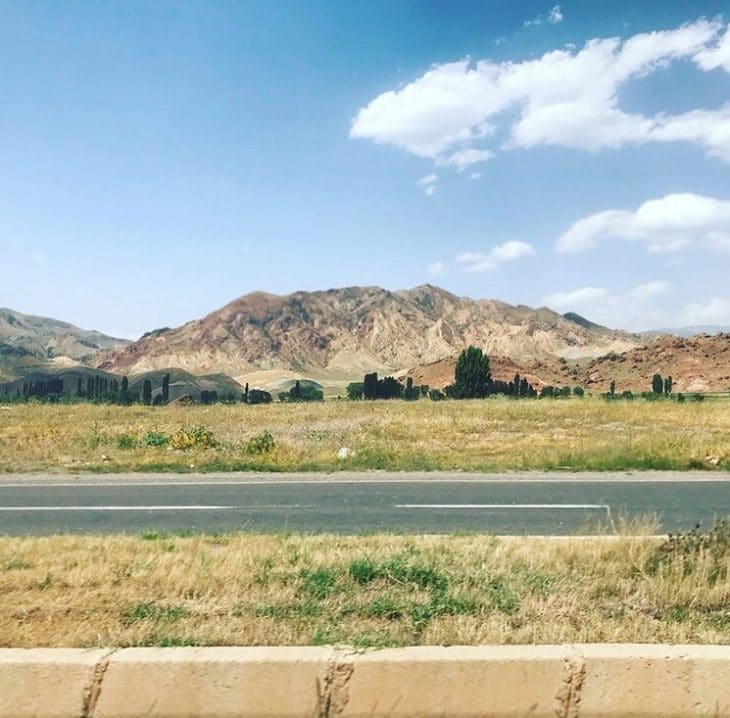 Driving in allowed us to see how massive the city was as it sprawled our forever and the 6 lane roads were packed with cars. It was fairly stressful driving in, but we eventually managed it and we parked in some garage for a very reasonable price.

There was a helpful Bulgarian man who directed us towards the sights, which were quite some distance away. We took the underground to the old part of the city where we toured the blue mosque. The mosque looked really cool inside and out, we got to wear skirts inside which was perfect since we arrived in shorts. We then wandered around and saw lots and lots more mosques along the way.

We stopped for lunch nearby at the best Turkish kebab restaurant in all of Istanbul. Much to our surprise there were many empty tables, so we felt very fortunate.

We asked the waiter for a selection of Turkish foods for the table which we later discovered was a free pass for them to charge us as much as they wanted. Despite this the food was all very good and everyone was full of praise. We were given Turkish tea on the house since our bill amounted to so much.

We hopped back on the underground and headed to the case. To our relief both cars were here there and fully functioning and so we were able to drive out of Istanbul and on to our next destination.

As time is of the essence on this trip we decided to take the shortest route across Turkey which is along the Black Sea coast as opposed to the more touristy Mediterranean coast. As a result, the town which we made it to, Bolu, didn’t offer much in terms of evening activities and it ended up being a fruitless wonder around the town. On the plus side we had very nice hotel rooms for not much money at all. We had ourselves a quick bite and then managed to find a place to buy beer which unfortunately closed after our first pint. We had to retire to our hotel due to a lack of alternatives and so we called it a night shortly after.