It seems as though fortune was my friend on the day the most mischievous, speediest and waggliest hound of them all came bounding through the front door. With a bright white coat, orange ears and a wicked tail, Monty-Pup gained quite the reputation for following his stomach before anything else. Whole birthday cakes and family BBQ’s have been consumed by the gargantuan jaws of the great white wonder! Taking the initiative to “walk himself”, naturally Monty could be found loitering outside one of the many pub’s kitchen doors, 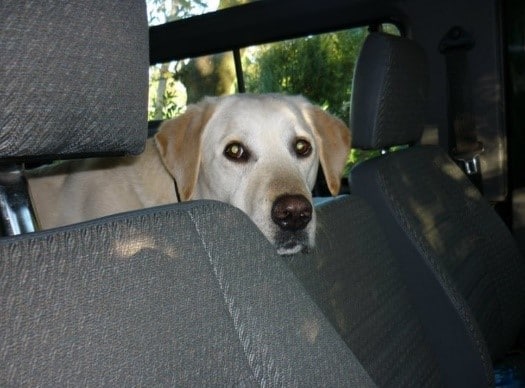 keenly waiting for a scrap to be dished his way by the all too familiar chefs. This dog of ours had quite the knack for sniffing out an opportunity to either fill his stomach or make a new friend… though it usually meant doing both. Nowadays though I like to think that Monty just had a fondness to understand the result of his curiosity, perhaps a facet we should all apply in our own lives.

Not for lack of trying, there were occasions were Monty couldn’t join us in our own adventures, although the notorious bleach white Monty hairs could always be found spruced and condensed within our suitcases. His successful migration across the continents only lead to his increased popularity with those who questioned why our clothes were shrouded in bright white hairs. To offer some explanation, we would find ourselves remarking on the hound’s distinct qualities and exploratory tales which always drew in an audience. Despite sometimes being left a little red-faced by the white sprigs, the feeling of familiarity they gave meant home never seemed that far away. 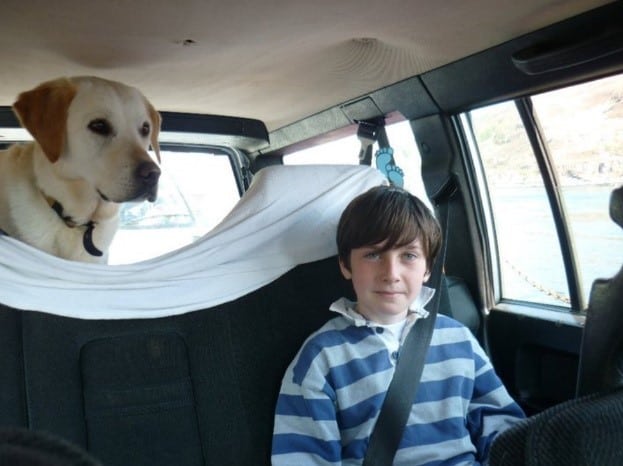 Our family car, the legendary (and squeaky) silver Volvo estate provided Monty with the opportunity to see what lied beyond Gloucestershire’s green pastures. We swapped the dangerously dated rear-facing seats for a rug and blanket; a home away from home for our mischievous hero! Be it Scotland, Cornwall or even London(!!), our pup effortlessly ensured his charismatic nature was known to all wherever he went. Car and dog. Dog and car. A partnership that allows everyone to enjoy more time with their four-legged therapists.

After several years of flying solo, Monty was surprised and startled to see a new recruit join the family ranks. The delectable Millie who sets the tone for charm, composure and class wherever she goes came to soften up our hardened hound. Not afraid of Monty’s all-

encompassing presence, Millie had her own tac to brandish her eccentric persona. Occasionally viewing Monty as little more than a mobile radiator, Millie would insist on profiting from his considerable radiation, though Monty would simply up and leave in protest. However as persistence and arthritis took effect over time eventually Monty conceded, and with a little compassion, he soon enough enjoyed the company of Millie within his immense frame. To look at, they are polar opposites in every conservable way, but with their indifference aside they became thick as thieves.

Somewhat reluctantly, Millie would be forced to join us all on our crusades across the Cotswolds and beyond. Her attempts to duck and dive through the long grassy tufts or to pitter-patter around muddy puddles were often foiled by Monty’s great lumbering limbs that would trample on past, seemingly unaware of their wake that Millie would hastily avoid. Of course, Millie’s secret weapon often came to fruition in these situations. Taking the time to lock her milk chocolate eyes with our own, Millie could bag a lift in a suitably sized wax coat pocket where she could recline until we returned to the car.

To have not one, but two of the most remarkable accomplices bless your life feels somewhat selfish, 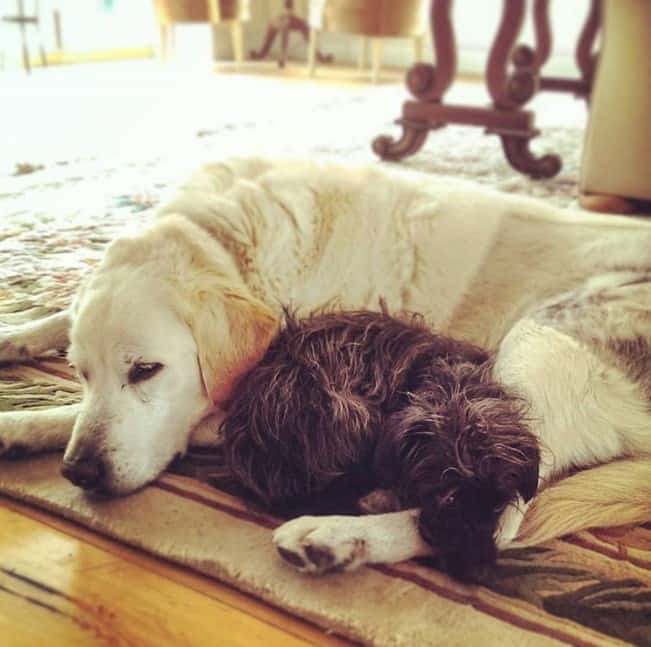 although in relishing in their idiosyncrasies my gratitude for their time and shared fondness mitigates any sense of greed. Though it’s no longer possible to enjoy Monty’s effervescent company in all its glory, as a family we like to quip on the stories he sparked, with this article being another example. Whole libraries couldn’t contain the catalogues of people he brought delight and pleasure to during his time, nor could they contain the sheer number of tales and memories created by the phenomenon that was Monty-Pup.

Through our dearest Millie we can still enjoy the simple pleasantries that dogs offer, be it someone to wake up to, a partner to keep pushing us, or just someone to watch tele with on the weekends. Dogs Trust gives every dog the opportunity to find their forever home, helping to bring fulfilment into their lives. By inviting dogs into our lives, they bring us contentment, gratitude and richness, therefore helping us immeasurably through our own narratives. Donating your unwanted car can ensure Dogs Trust can continue helping the thousands of dogs they care for and take in each year. A dog is for life, not just for Christmas. Although an extremely strong message, regrettably it has never rung truer. Help by donating your car with Giveacar today.

TwitterFacebookLinkedIn
FAQs Donate your carFind a charity to support