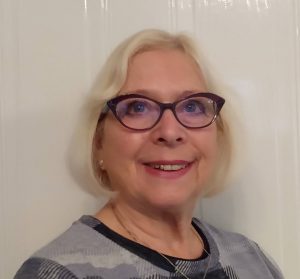 In the 1970’s, Crohn’s was little known outside the medical profession. This is the year that our volunteer and supporter, Hilary, received her diagnosis and, in 1985, received an ostomy. Hilary shared her experience with us, from the stigma at the time to the difference in support available then and now.

Back then, if ever I was asked what was wrong with me I would say it was similar to Colitis, since that was something people at least knew a little about. For fifteen years, I had been on a cocktail of drugs, anal retention enemas, colonoscopies, steroids and various other tests and treatments so as my condition gradually got worse, it became time for something else. When the only remaining option was an exclusion diet, I couldn’t face any more and had a full pan-proctocolectomy in 1985. To be honest, I would have had anything done to stop the pain and debilitation, but the stigma attached to stomas was huge. People thought the outcome of this surgery was ‘disgusting’.

I kept it quiet at work as ‘the bowel’ was something we simply didn’t talk about. Fortunately, I was an admin supervisor so frequently leaving the office for the loo was something I could do without anybody knowing or being suspicious. In the end, it broke up my 9-year relationship as my boyfriend simply could not cope with my bag, named Boris.

For the first few weeks, I had a stoma care nurse assist me in changing my bag and choosing a model that suited me but then I was on my own. There were no flange extenders, pastes to fill dips and uneven areas around the stoma, convex bags for retracting stomas, seals to aid better adhesion around the stoma, sprays to prevent skin soreness or anything else to ease removal of the bag.

Now, there are all sorts of makes and designs of bag but in those days, bags and associated accessories were limited.

There was also little that I was aware of in terms of support, advice, help or fundraising. However, I was advised to join Crohn’s & Colitis when it was in its infancy, known as NACC (National Association for Crohn’s and Colitis), and have been a member ever since.

Since then I have not looked back and have had very little trouble with my ileostomy. Nobody knows I have anything wrong with me unless I choose to tell them, and I am happily married to a man who accepts my stoma and medical needs without quibble. Appliance companies are very helpful, as well as stoma nurses up and down the country, although we could do with a lot more of them.

Thanks to Crohn’s & Colitis UK, people are much more knowledgeable about the conditions nowadays and we are even able to use disabled toilets without ugly glances from others. So keep up the good work – you’ve come a long way since 1985, and so has ‘Boris’!

You can read more stories like Hilary’s over at Crohn’s & Colitis UK.

This story was provided by Crohn’s & Colitis UK. An estimated 500,000 people in the UK are living with a lifelong disease that many people have never heard of. Because of the stigma and misunderstanding surrounding these diseases, thousands of people are suffering in silence. But they’re not alone. Crohn’s & Colitis UK are here for them. To improve diagnosis and treatment, and to fund research into a cure; to raise awareness and to give people hope, comfort and confidence to live freer, fuller lives. They’re here for everyone affected by Crohn’s and Colitis.