Around 1.5 million people in the UK have been diagnosed with atrial fibrillation (AF). Thirty years ago, you’d only receive treatment for it if you experienced symptoms like palpitations, sweating and difficulty breathing. 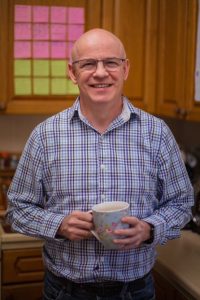 In April 2016, David was a fit 52-year-old. But shortly after completing a 10km run, he suffered a major stroke. David had developed AF, a condition which puts you at much higher risk of stroke.

Devastatingly, David lost 40% of his vision and he still suffers from fatigue, but he’s been determined to regain as much normality as possible. He’s worked hard to overcome his speech problem and remarkably, he’s even returned to running. In his own words, ‘In 2017, I ran 1000 miles – I wasn’t going to be beaten’.