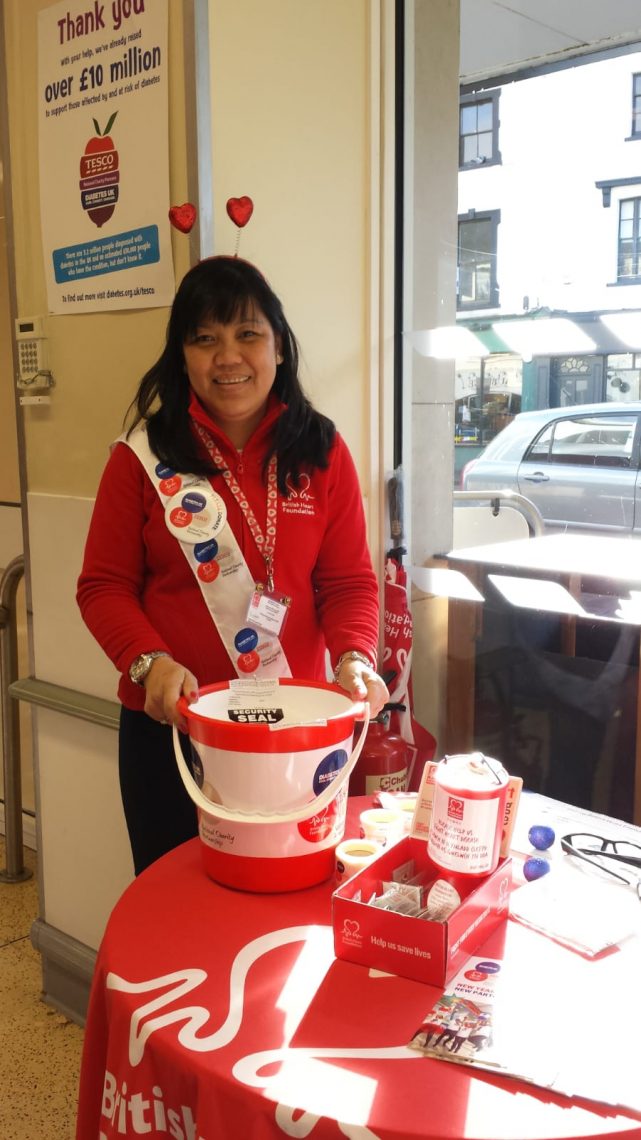 Familial hypercholesterolaemia (FH) is an inherited condition which causes very high levels of cholesterol in the blood from birth. If left untreated, the build-up of cholesterol can clog up your arteries, leading to heart attacks and strokes at an earlier age.

Jovita was born in the Philippines and lives with her husband and two children in Abergavenny, a market town in Wales with a strong community at its heart.

But in 2010, her whole world turned upside down after being diagnosed with FH following a heart attack. Even though Jovita’s father died of a heart attack, her mum and two brothers died in their forties and fifties from heart attacks and her two sisters have both had a triple bypass,  no connection had been made.

Because FH is a condition that runs in families, Jovita’s children have been tested too, giving her reassurance about her family’s future. And since then, she’s become Treasurer of the Abergavenny and Pontypool BHF Cymru fundraising branch, raising thousands of pounds for pioneering research.

‘The work has helped me talk about experience, and I hope to remind others that a heart attack doesn’t mean the end of the world!’

Over the past decade, we’ve invested over £2 million to support the development of FH genetic testing services in the UK and these services have helped diagnose many people