Tom Chance, Founder and Director of Giveacar, describes the vision behind Giveacar: 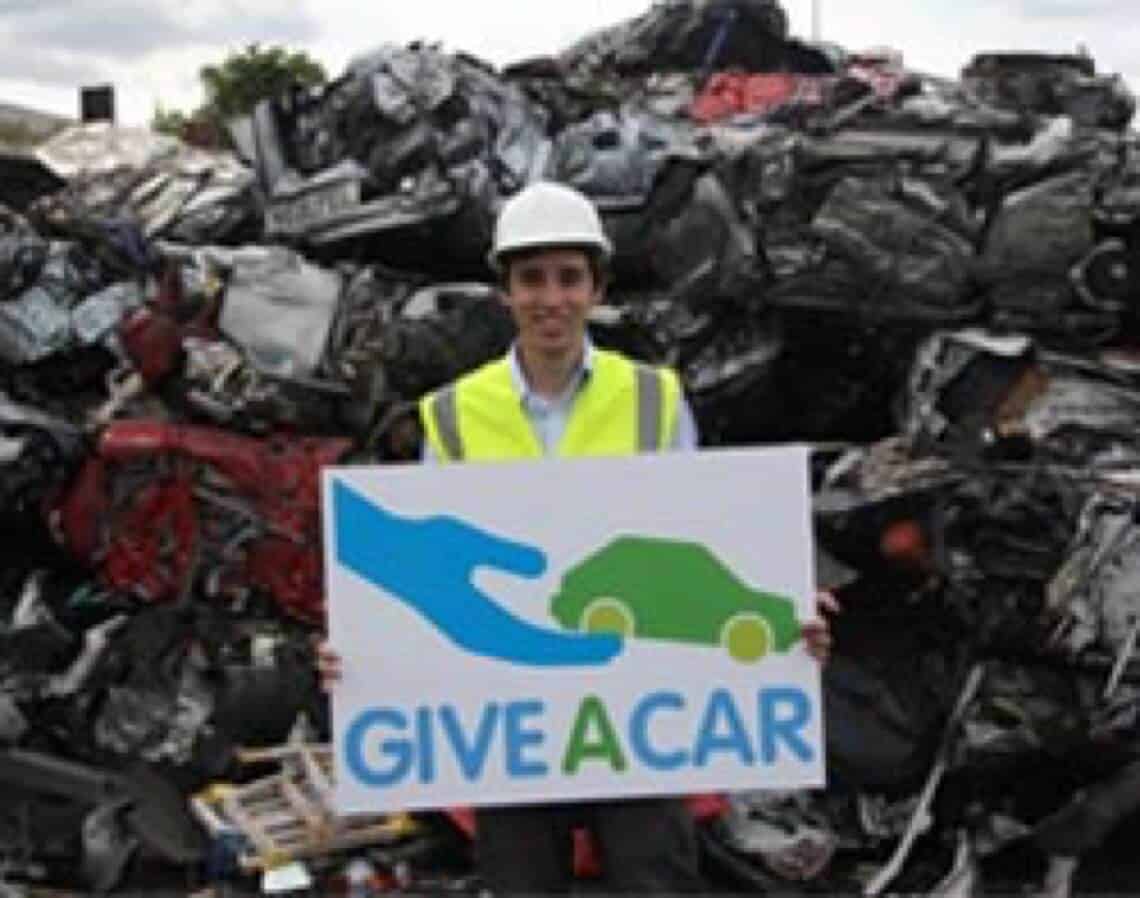 The idea for Giveacar developed whilst I was working for three months buying and selling cars. Time and again, I came across people who were willing to accept a low price for their cars just to get rid of them quickly. Often they would miss out on hundreds of pounds, even on low priced vehicles. I quickly came to the conclusion that if this was the case with roadworthy cars, then people would have an even greater sense of urgency with scrap cars.

I created Giveacar to give people an ethical, hassle-free way of getting rid of a scrap car. At Giveacar, we know that there is value in every scrap car, and we are willing to put in the time and effort on behalf of our customers, in order to raise money for charity. In conjunction with our nationwide salvage partner, we secure the best price for our scrap metal. Roadworthy cars can be put through an auction and we receive their market value. The scrap or auction of these unwanted cars generates much-needed funds for charity.

Whilst developing the business model behind Giveacar, my research revealed that charitable car donation in the USA is extremely popular. Every year, hundreds of thousands of cars are donated, raising millions of pounds for various charities.

Yet car donation in the UK has been virtually non-existent, despite the large number of underused or unwanted cars. I created Giveacar to change this, and divert the value of these cars to fund the vital work of the many amazing charities based in the UK.

By remaining independent from any one charity, we hope to rapidly increase the overall amount raised from car donation in the UK.  Our goal is to promote the car donation in the UK so that it becomes commonplace. So far, the response from customers, charities and the scrap car metal industry has been overwhelmingly positive. We have organised the collection of over 30,000 cars, raising a six figure sum for charity.

We are motivated by our belief that we have unearthed a source of revenue that charities can use for years to come. The Giveacar model proves that car donation clearly works in the UK, and given time and visibility, our vision is of a future where the donation of your car to charity is as common as the donation of clothes to your local charity shop.

If you support our vision, please spread the word about our site and our service. If you know anyone who has a vehicle that they do not want or need, why not give them our details?

What may not seem valuable to you, will be valuable to the charity you choose to support. Lets make a difference together, one car at a time!

Many thanks to the staff at Giveacar and its partners for handling the collection, auction and donation process so efficiently.
A. Yew, Cambridgeshire